When you visit the eastern coast of Mexico you’ll find so much more than just the white sand beaches, super-clubs, and fine dining restaurants. The culture and history of the ancient Mayans can be seen and found everywhere on the Yucatan Peninsula in Mexico; from the ruins of temples and cities, to the cenotes that used to be worshipped as life-giving portals into another world.

The formation of these freshwater sinkholes began millions of years ago when sea-levels dropped and exposed miles of coral reef. As time passed and sea-levels rose once again these tunnels and caves in Mexico became flooded. Over time they have become host to a varied range of flora and fauna as well as interesting geographical formations. The entrances to this subterranean, sub aquatic world became known as cenotes, which is a Mayan word meaning “cave filled with water” or “sacred well.” 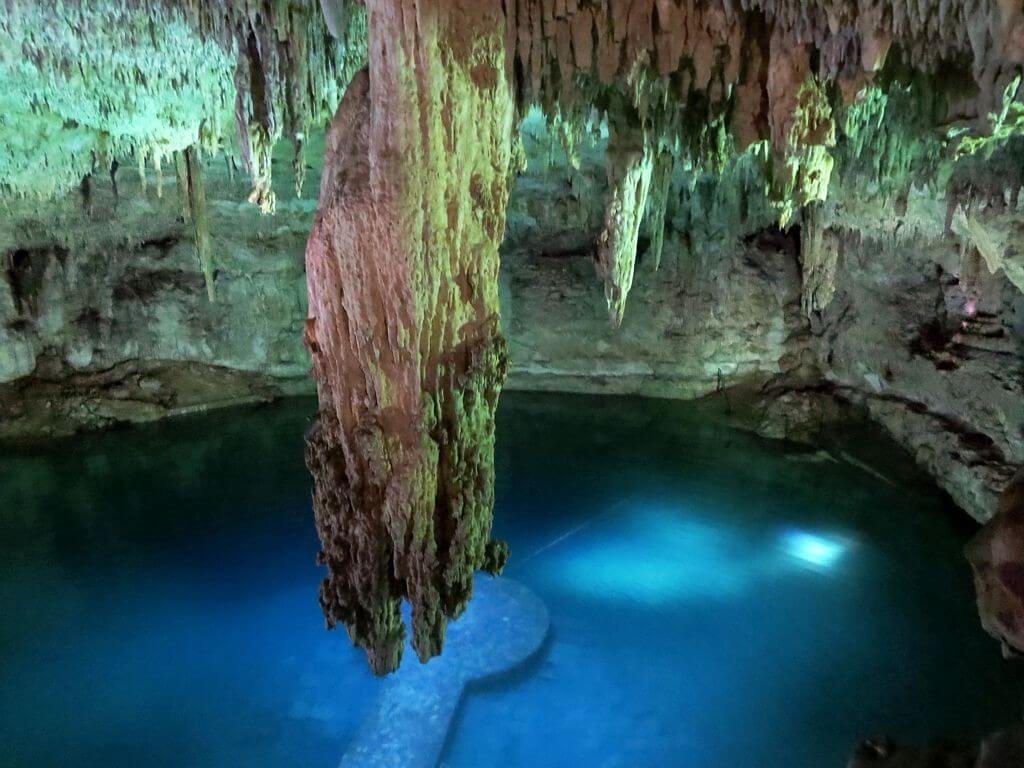 The Mayans thought of cenotes in Mexico as live-givers as they were a reservoir of fresh water during hard summers and long droughts; they were, in fact, vital to human life. This is why they built so many of their cities around the entrances to these cenotes in Mexico, and why they performed rituals and ceremonies in honor of the cenotes and the rain gods they believed were resident in them. They believed that the cenotes in Mexico were portals into other realms where they could communicate with the gods and request permission to pass through the lands they protected.

If you ask the concierge at your hotel or visit a tour agent in Cancun, they will be able to tell you when excursions and tours are planned, and how much they will cost you. These cenotes are gateways to another, much older, realm and you can explore as far as you wish. Whether you want to kayak, swim, snorkel, or dive into the depths you will be pleasantly surprised by the diverse flora and fauna as well as the geographical formations that have developed there. It’s not hard to see why the Mayans in Mexico revered these underwater network; they really display the capacity and power of Mother Nature in all her glory.